So 5 or 6 years ago, this guy named Bogdan Popescu starts a company called Kapeli and writes a bunch of Shovelware. Puts out a bunch of PR for crap like MoveAddict.
http://www.macworld.co.uk/opinion/a...ly-able-cutpaste-files-merge-folders-3485573/
http://imgur.com/C2vjkig

Over time, Dash explodes in popularity. It fills a niche and is actually legitimately useful. He “ goes legit ”, creates a new dev account tied to the same com.kapeli bundle identifier. Suddenly — publically, to those who can ’ t see his bundle identifiers — it ’ s the only app he makes!
https://webcache.googleusercontent....popescu/id404213174+&cd=1&hl=en&ct=clnk&gl=au
http://imgur.com/gGccgDj

But what to do with all the other shovelware though? Not to worry, it can stay on the other account. Spam some reviews, get some idiots to buy it, easy beer money on the side. Let ’ s just change the author to “ Mihaela ” instead. 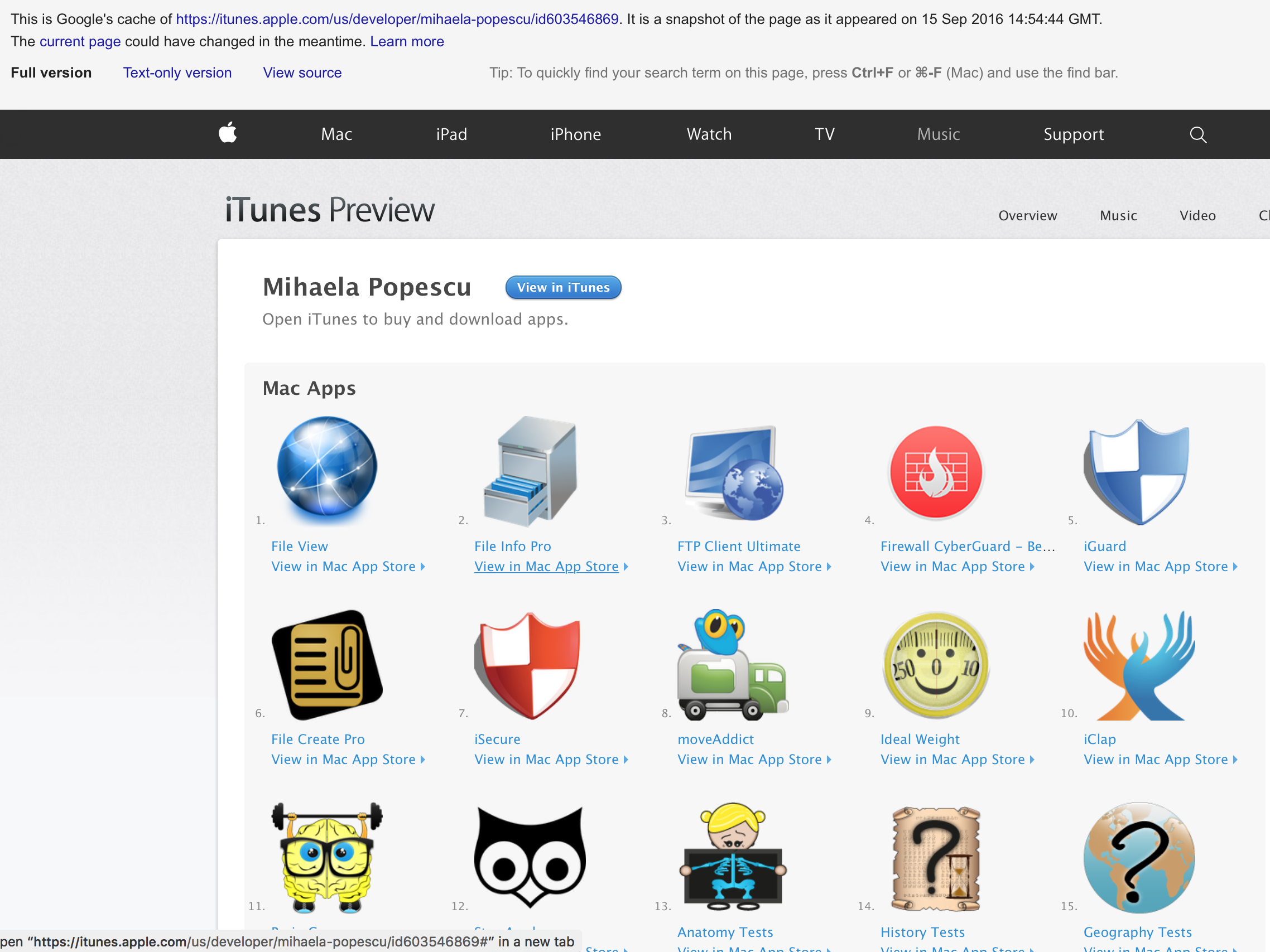 During a routine Apple account transfer … he gets caught.

All of a sudden he cries foul. There WAS a second account, but it ’ s not his! It ’ s a female family member ’ s. It was some account that he had nothing to do with. He forgot about it! It ’ s ancient history!

… it just houses literally *everything* the guy previously created that isn ’ t Dash. Including apps such as moveAddict and iGuard previously prominently featured on the dude ’ s website and PR spam. In his name.

Now both Apple and Popescu are in agreement — there are only two accounts with his com.kapeli bundle identifier. Apple says they are both his. He claims he only has one, and a relative has one. So why are *his* apps on *both* accounts, his and Mihaelas?

Did he gift the entire source code and ongoing revenue of these apps to this 'family member' as well? What a great guy! Still it sounds like something that might be worth mentioning during this whole mixup, either to his faithful blog readers or Apple. It might have cleared things up rather quickly.

Despite the fact that his whole story falls apart on scrutiny, Apple bend over backwards and will reinstate his account if he admits some wrongdoing. Stubborn dude refuses to budge, posts illegally obtained phone calls …